← Back to listings
Click image to enlarge
Shared Ownership

Please note that all sales particulars and images are for marketing and illustrative purposes only. Plans, computer generated images and photos may contain elements which are not present upon the final completion of the property.

Stonewater in partnership with Bellway Homes is proud to present a collection of two and three bedroom homes for shared ownership at Rugby Road, Cubbington.

Cubbington is a village on the north-eastern outskirts of Leamington Spa, occupying a semi-rural location approximately three miles from the town’s centre. Amenities in the village include a convenience store, several takeaways, a post office counter, a newsagent, the village hall, various sports and social clubs and three pubs. Two major superstores are located within a 15-minute drive of the development.

Nearby Leamington Spa offers more amenities, all set within the town’s beautiful Regency architecture. A variety of independent boutiques and high street stores can be found in the town centre together with various delis, cafes and restaurants. During the evening the town's vibrant night life is centred around the town’s traditional pubs, bars, restaurants and live music venues.

Leamington Spa also boasts some stunning outdoor spaces including Jephson Gardens, Newbold Comyn and Victoria Park. Ryton Pools Country Park, less than a 10-minute drive from Cubbington, is a 100-acre park which is home to a variety of wildlife and which boasts ancient woodland as well as two designated play areas.

The area has a number of highly respected schools. Cubbington Church of England Primary and Our Lady & St Teresa's Catholic Primary are both within the development’s catchment. For secondary education, North Leamington Community School and Art College are less than two miles away.

Cubbington benefits from excellent transport connections. Royal Leamington Spa is around 10 minutes away by car; the A46 Warwick bypass which provides a direct route into Coventry is six minutes’ drive away. The M40 which links to the motorway network is approximately 15 minutes away by car.

Cubbington is also served by several bus routes to destinations including Hatton Park, Lillington, Stratford-upon-Avon and Warwick. The nearest train station is Leamington Spa, from which direct services of 79 minutes travelling time operate into London Marylebone. For destinations further afield Birmingham Airport is a 30-minute drive away.

Further details are available on request 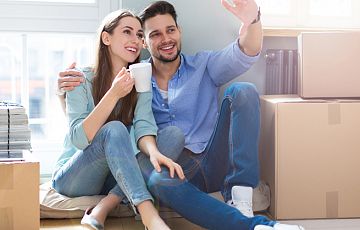 Cookies help us improve your Stonewater Homes online experience. If you accept their use, continue using our site or, find out more about cookies